As a  lecturer   aboard  luxury cruise ships  I  was curious as to  how  the entire  cruise industry began.  The owners of Azamara, Royal Caribbean and other  popular  cruise lines must thank  writer Mark Twain, for he was  instrumental in  creating  interest  for the first  cruise undertaken after the American Civil War in  1867. 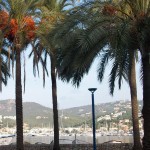 The idea that one could visit a number of different places in relative ease and safety was an  innovative  one in 1867.  On a cruise, people were told, you only had to  pack and unpack once, it’s safe, and you can make new friends.

The first American-origin cruise was that  of the steamer Quaker City which sailed  from New York to the Holy Land, Egypt and Greece. We know a good deal about  this cruise because  the popular  writer  Mark Twain   was among the 150 “select companions”  making the voyage. 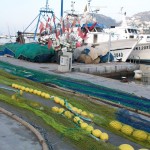 Samuel Clemens  (the real name of Mark Twain)  had been  sent  by  his newspaper in San Francisco  and made good use of the trip which he considered  a picnic on a gigantic scale, by including  the setting, characters and incidents  for his   enormously  successful  book “The Innocents Abroad”. 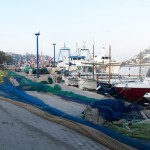 The ship leased for the voyage, Quaker City, had seen action  during the Civil War: it had  150 cabins with all the modern comforts of  the time, and importantly, there was  a ship’s doctor   available  during the entire voyage.

The departure date was June 8, 1867 and the voyage cost  $1250  per person . There was  a non- refundable deposit of $125  at booking time  plus another  $5 per day per person were previewed for extra expenses.

The detailed program  announced ahead of time included   descriptions of the places to be visited, as well as cultural and historic curiosities. For example, the program  described  how  a local pilot would be taken aboard in Livorno to bring them to Caprera for a visit to Garibaldi’s home. 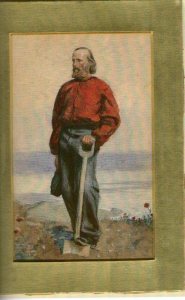 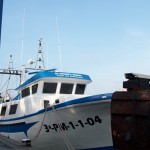 The  beginning of the first mass cruises  marked  the end of the Grand Tour. Since the 1600s travel had been only for  members of the higher,  educated classes who considered  a “gap year” of travel  through Italy and Greece an integral part of education-especially for  young men. After regular studies at home it was deemed necessary for a “finished”  gentleman to  go on abroad  to  study and come into  direct contact with classical antiquities.

Now the less educated classes , those interested  in a pleasant holiday  full of novelty and  curious sensations , would also  be able to travel…in groups.

As Twain described them, they were “innocents” since they came from a new world outside of classical traditions, to be protected from too much culture, too many monuments, masterpieces, relics and churches. The Innocents first impact with Rome was usually  that of decadence, inefficiency , surprise at the  illiteracy , beggars, filth, lack of liberty and superstition.

Twain’s  group of cruisers  also ran into  difficulties with the  port authorities in Livorno, who could not understand how  and why the Quaker City   with its passengers  would cross the vast Atlantic only  for a pleasure trip. This seemed absolutely unthinkable and the authorities were sure they had  an  ulterior motive .   The  unusual  visit to Caprera  made the authorities  quite suspicious: perhaps  the  ship was carrying  a seditious group of “bloody Garibaldini” in disguise.  Thus the passengers’ documents  and the entire ship  were inspected several times  while armed boats  kept  it under control until the  departure for  Naples.